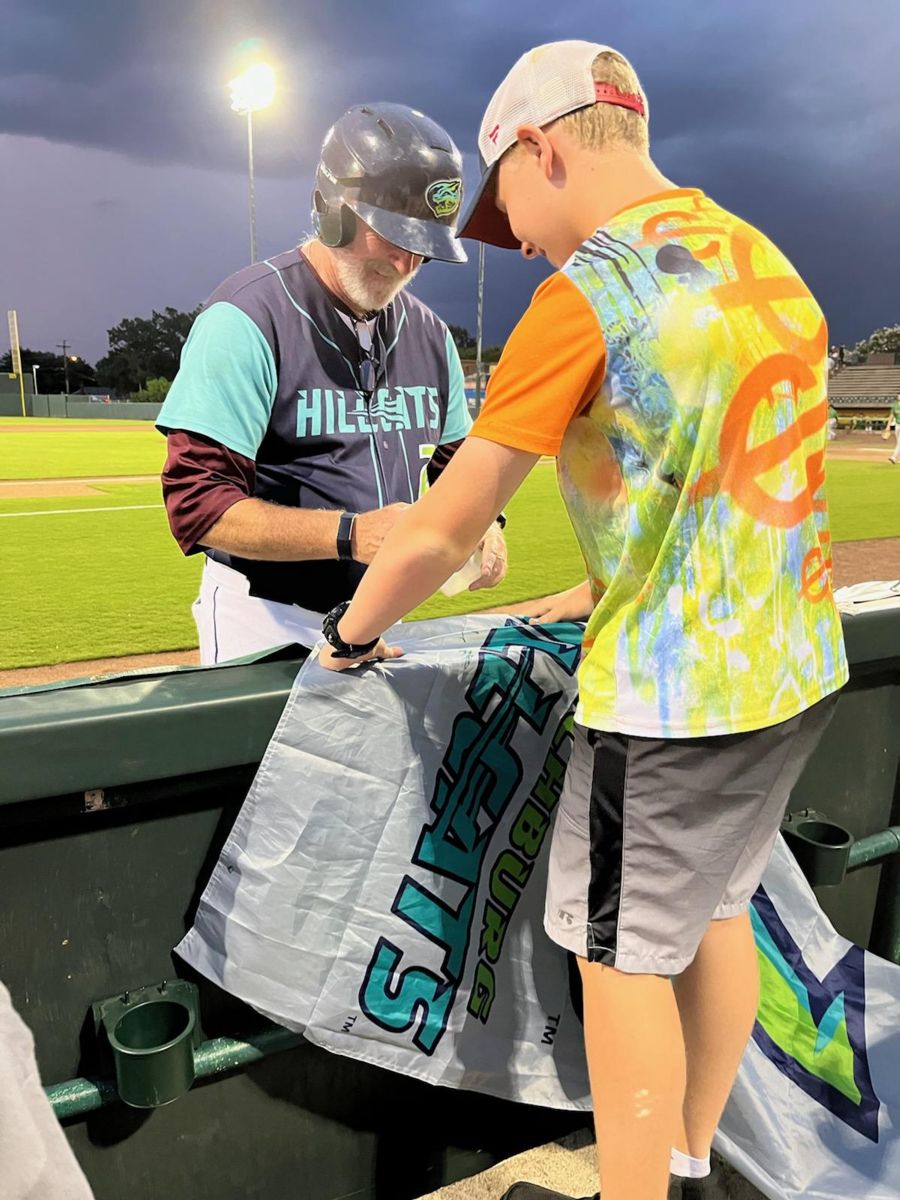 PHOTO: VES athletic director Bob Leake signs an autograph at the Lynchburg Hillcats' game against the Down East Wood Ducks.

After attending the June VISAA Executive Committee meeting in Richmond, Coach Leake returned to Lynchburg where he served as a bat boy for the Lynchburg Hillcats and the Down East Wood Ducks, Single-A affiliates of Major League Baseball's Cleveland Guardians and Texas Rangers, respectively.

"I asked the general manager a few weeks ago if it was possible for a couple of 60-year-old season ticket holders to be bat boys and he agreed," Leake said.  "We have gotten to know all of our players and coaches over the season and they thought it was a great idea!  We switched dugouts in the 4th inning.  All the players and coaches on both teams xcame up and shook my hand and said that it was great to see us doing this."

Leake noted that the game wasn't without its challenges.  "A lot harder than I thought it was going to be because you are running baseballs out to the umpire picking up bats, arm, shin, and foot protectors and then trying to remember which cubby it goes into for each player and chasing foul balls all within an 18 second pitch count."

The Hillcats front office had no complaints about Leake's work.  In fact, the GM has already optioned Leake to return to uniform for another game in July!